State of the population

Population size and State of conservation: 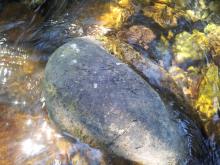 The species is distributed in 12 Spanish regions or Autonomous Communities, as well as in the north of Portugal, the French Pyrenees and Andorra, but it currently occupies the mountainous areas in the northern half of the Iberian Peninsula and is considered to be EXTINCT in the provinces of Guadalajara, Madrid, Segovia, Avila, Valladolid, Cuenca and Zaragoza.

It is believed to be IN CRITICAL DANGER OF EXTINCTION in the provinces of the Basque Country, Caceres, Salamanca and Huesca. Over recent years the distribution area has been limited to seven areas that are isolated from each other; in two of these they are now thought to be extinct. Of the others, only three show populations with good prospects for the future: the Atlantic Region, the northern Iberian System and the Pyrenees; they have practically disappeared from the remaining areas: Basque Pasillo, southern Iberian System, Meseta and Central System.

The species’ regression over the last few decades has not been at an even rate throughout the distribution area, the average being 68%, with variation between 47 and 100%, placing it nearer the category of ENDANGERED than VULNERABLE. Desman population centres have been identified in all the provinces in which they are not extinct. In Spain it is included in the VULNERABLE category, except for the populations in the Central System, which come under CRITICALLY ENDANGERED.

Fortunately, a great number of the areas where the presence of the desman is believed to be positive are to be found within one of the areas covered by the Nature 2000 Network.